I haven’t used creatine since 1998 until recently and there’s a reason for that.

First, I wasn’t convinced of the science at the time. Personally, I found that it was making me puffy and that I was holding water… but what I didn’t realize at the time was that I was absent of some very critical micronutrients.

The knowledge wasn’t as readily available on the topic as it is today. It mostly consisted of subjective interpretations of the science. Today, the protocol for the use of creatine is very well documented.

Let’s take a closer look to make sure we are all still on the same page.

Creatine is one of the most popular of the muscle-building supplements around, with hundreds of studies proving that it’s an effective option for packing on muscle mass and increasing strength. So how DARE we write an article that talks about why creatine doesn’t work?!

Well, perhaps the title should be more along the lines of “Why Creatine Doesn’t Work Effectively On Its Own”. After all, as you’ll see below, creatine alone isn’t going to deliver the results you want. If you’re serious about packing on the muscle, it’s important that you combine creatine with other supplements to maximize its effectiveness.

First off, it’s important to know what creatine does and why you’d want to take it. There are three primary reasons to take creatine:

As you can see, creatine does have some awesome benefits, which is why it’s one of the most popular of the muscle-building supplements. But it turns out that creatine alone isn’t as effective as you’d think…

The Truth About Creatine Uptake

Some nutrients can be absorbed into the body without the need for any other nutrients. For example, carbs can be broken down and pulled into the bloodstream to be sent off to the liver for processing. Certain fats can also be absorbed and digested easily.

Other nutrients, however, require other nutrients in order to be properly used. Take amino acids as an example. There are NINE required in order to produce the protein needed for your muscle tissue. Without all nine, your body won’t have what it needs to create ATP energy. Or calcium, which is a fat-soluble mineral, meaning it needs some sort of fatty acids in order to be absorbed.

Creatine isn’t a nutrient that can be absorbed alone. Its uptake is dependent on two things:

Creatine is sodium-dependent, but it’s also mediated by insulin. This means that raising blood insulin levels is a good way to encourage creatine absorption. It’s why creatine is often included in supplements that contain a hefty dose of carbohydrates, which lead to the glucose production that raises your insulin levels. Add to that a bit of sodium, and you have everything you need to absorb plenty of creatine.

Creatine Monohydrate vs. Other Forms of Creatine

The most popular creatine supplements available today are primarily creatine monohydrate, essentially an “isolated” form of creatine that’s intended to be easy for your body to absorb and use. The theory behind this is that “the lightest molecular weight will usually get absorbed the best”.

However, recent studies have indicated that creatine monohydrate may NOT be the most effective option for your muscle-building and energy-boosting.

Below are the results of a few studies done on creatine mixed with other ingredients:

Magnesium is one of the most important minerals for the human body. It plays a role in energy production, regulates calcium levels, fights migraines, relieves muscle aches, aids in digestion, and so much more. Some creatine supplement manufacturers have mixed it into their products for the purposes of enhancing the uptake and use of the creatine.

In 2003, Western Washington University carried out a study that examined the effectiveness of creatine monohydrate vs. creatine with magnesium added. 35 subjects participated in the study, and were divided into three groups: 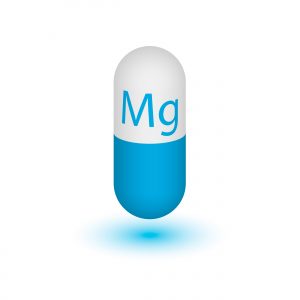 The two experimental groups took 5 grams of creatine and 800 milligrams of magnesium per day for two weeks (the trial period).

The Results: Both the magnesium oxide/creatine and magnesium creatine chelate groups saw an increase in their muscular power over the course of two weeks. They also saw similar increases in weight. However, only the magnesium creatine chelate group showed significant improvements in their cellular water (intra and extracellular). The increase of intra-cellular water led to an increase in peak torque.

Just adding magnesium into the mix did have some advantages: better muscular power and weight gain. However, it wasn’t as effective as magnesium creatine chelate. The bonding of the two nutrients (creatine and magnesium) had the most visible effect on the body.

In another 2004 study, magnesium creatine chelate (pronounced key-late) was tested against creatine on its own. It was hypothesized that the creatine chelate would lead to better results in terms of strength (increase in 1RM bench press) and stamina (the ability to perform more work at 70% 1RM). To test the theory, 31 trained men were selected and divided into three groups:

The men underwent bench press testing at the onset of the study, and repeated the tests again ten days later. After just a short period of taking creatine or magnesium creatine chelate supplements, both groups saw visible results in terms of both strength and stamina. The study is quoted as saying, “Both creatine groups had significantly larger increases in work compared to placebo.”

This outcome suggests that taking both creatine monohydrate AND magnesium creatine chelate together could lead to more efficient creatine uptake and use. If the creatine is being absorbed and used along both pathways, it could promote more effective utilization of the nutrients—leading to better strength, stamina, and size increases as a result.

Creatine ethyl ester is another form of creatine combined with other nutrients to enhance efficiency. Basically, this is creatine mixed with an ethyl ester, an organic molecule that helps the creatine to penetrate muscle tissue more effectively. This means less creatine is required in order to deliver the nutrients needed for better strength and stamina. The esterification process of the creatine helps to enhance bioavailability, leading to more efficient use of the creatine.

A 2009 study examined the effects of creatine ethyl ester on strength, body composition, and anaerobic power. 30 men, none of whom followed consistent resistance training programs, completed the study, which lasted 6 weeks. The men were divided into three groups:

In addition to the supplement, the men also engaged in resistance training four days per week.

The results from the test were noticeable:

Though many of the results were similar, the creatine ethyl ester group had two advantages: 1) their body fat loss increased over the course of 48 days, and their serum creatinine levels increased noticeably.

Note: No side effects were reported for either creatine monohydrate or creatine ethyl ester.

Get Your Creatine Combo!

As the above studies show, taking creatine combined with other nutrients is likely more effective than taking creatine on its own monohydrate. Both the creatine ethyl ester and magnesium creatine chelate produced visible results, leading to more efficient creatine uptake.

There are other nutrients you can use to promote better creatine uptake: 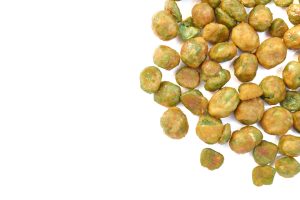 Caffeine – Though there is some evidence indicating that caffeine can counteract the effects of creatine, experts believe that caffeine and creatine could work together to improve athletic performance. Both of these nutrients are performance-enhancers independent of each other, so taking them together could be a way to boost your endurance and stamina.

Fenugreek – Fenugreek is an herb that has been proven effective at encouraging better creatine uptake. It works as well as carbohydrates to promote efficient absorption and utilization of creatine, meaning it’s a good option to consider if you’re trying to cut carbs (low carb diet or diabetic diet).

Simple Carbs – Remember how creatine is dependent on insulin? Increasing insulin levels can help to increase your absorption of creatine, which is why it’s recommended to take creatine with a simple sugar/carbohydrate. An increase in blood glucose levels will lead to a higher insulin release by your pancreas, enabling your body to utilize the creatine more efficiently.

Note: One expert insists that taking just 45 grams of sugar with a similar amount of protein can help to increase creatine use post-exercise.

Sodium – Taking your creatine with a sodium-rich beverage like Gatorade can help your body to absorb and digest the supplement more efficiently. After all, sodium is required to utilize the creatine, so taking a supplement that contains sodium will lead to better bioavailability of the creatine.

Should you try all the fancy versions of creatine, things like micronized creatine, magnesium creatine chelate, or creatine ethyl ester? According to the studies mentioned above, adding other nutrients to your creatine can lead to more efficient uptake and utilization of the supplement. It’s worth a try if it means your body can spread the creatine around and infuse your muscles with the energy-boosting, performance-enhancing nutrient. That’s why you’re taking the supplement in the first place, right? To make them gainzzzz!

5 thoughts on “Why Creatine Doesn’t Work”