I’m rattled…it’s been a deeply unsettling week and has required some reflection.

This kind of thing is hard to write about but let me explain.

If you have been with me for a while you know that although I have retired from the Police Department, my wife is still on the job.

She came home after her night shift on Tuesday morning last week and told me something terrible had happened. 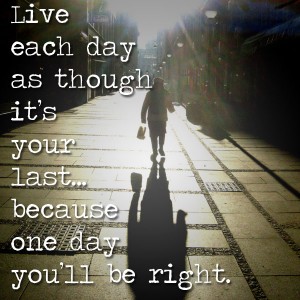 An Officer was killed on duty during a drunk driving investigation, the suspect’s vehicle rammed into the driver’s side of Officer Beckett’s police vehicle killing her instantly.

My heart sank as my wife talked and tried to make sense of the situation.

Chaos and confusion always surround a traumatic critical incident, but when it is one of your colleagues it can be even more emotionally charged.

When you hear things over the radio like “we are starting chest compressions…” it is never easy.

Equally as difficult are long periods of silence after an incident like this…you are left only to hope everything will be OK.

This young Officer died in the line of duty on that night.

Later that week I was on the roadside when the motorcade of emergency vehicles drove by with her body in the back of one of them.

A vibrant young woman ripped away from her family, friends and coworkers without warning. No chance to say goodbye. No final opportunity to express feelings and say I Love You.

Here’s why I am rattled. The reality of the job is that Officer’s face life and death situations…It’s unavoidable. She accepted that, as did I, as does my wife and every other member out there.

BUT the truth is… she is…was…a young mother of two little boys, a wife to her husband and a daughter to her parents.

She had just returned to duty after recently giving birth to her second child.

At 33 years old she was taken in a violent act. An unthinkable tragedy. She won’t be going home to hug her babies.

She won’t be going home to hear their laughter, wipe away their tears or make them feel safe when they are scared.

When she started her shift she didn’t know it would be her last. Her belongings all left exactly as they were when she arrived. Now all that’s left are memories.

My wife goes out on the road for her shift and faces these things and that’s the reality of the job.

But when someone is taken without warning in a violent act, it gives pause to reflect on the finality and to reevaluate our priorities and the things that matter.

Listen, my point in writing this short message to you is this:

If today were your last, would you have done the things in the way you wanted?

Would you have connected with others around you in a deep and meaningful way and lifted them up.

Would you have contributed to the well being of others in your community or your country?

Would you have achieved the things you dreamed of achieving?

If you are reading this and the answer is no to these questions I would ask you why.

The fact is, while on this planet you only get one opportunity to design your life EXACTLY the way you want it.

It starts with taking little steps.

If there are people in your life who are negative and aren’t adding value, minimize your exposure to them at all costs. – this one’s easy – just don’t give them your time…and you already know who those people are.

If they aren’t lifting you up to achieve your goals, then don’t expose yourself to them…it is undoing any chance you have at success.

Stop responding to their texts and stop allowing yourself to be left feeling bad about yourself.

If you aren’t actively and ravenously working to achieve the goals you have set for yourself because you are constantly being distracted or losing focus then it’s time to rethink your strategy. – Your strategy should be micro-goals… one step, one meal, one training session, one day. As you can see, you never know what’s around the next corner.

If your relationships aren’t as deep and meaningful as you would like then it is time to either commit to working on it or let them go. Going deep means having the difficult conversations.

If you aren’t doing a job or working in an organization that feeds your soul then it’s time to change. This has a high level of fear attached to it. I should know…I did it 6 months ago.

I left a 6 figure job with a full pension to pursue my life’s mission to transform the lives of 1 million people. Zero safety net. 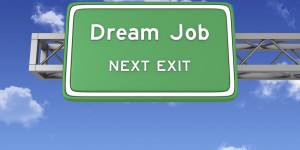 When you stand at the edge of the cliff it can be scary. You’ll be ok…in fact you will likely be better than ok because you are doing what YOU want to be doing.

What I want you to understand is that you are capable of being and doing anything AND the reality is you get one chance to do it.

Walk toward your fear instead of away from it.

Believe in what you are capable of and let no man stand in your way.

Seize the day before it takes hold of you.

I believe in you.