In society’s efforts to put labels on everything, Toxic Masculinity has to be among the most disturbing labels to emerge in recent times. It is the most ill-defined and soon to be propagandised concept throughout the United States and Canada.

The scariest part is that the trial by media is ripping apart the fabric of our justice system. The principles of natural justice, fairness and the concept of “innocent until proven guilty” is being destroyed by the media in favour of ratings.

This comes at a high cost to individuals whose trials are being carried out on a social media platform or in the news without evidence AND without care for the principles, our countries have been built upon.

When talking about the made-up concept of toxic masculinity, first, and most importantly, let’s call it what it is… some guy being an asshole. However, the notion that being a man is somehow wrong poses genuine and present danger to the mental health of our society. 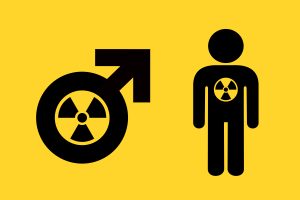 Boys can no longer be boys however girls can be girls. This kind of disparity sends the wrong message.

Listen, if there is some form of a crisis taking place, and I mean a legitimate crisis, not one that is manufactured by a radicalized group of people who are unhappy with the world, then let’s address it.

Attacking a young boy who is expressing what is defined as masculine traits which commonly manifest at an early age, is simply wrong. What we are saying here is that we no longer have the knowledge skills and abilities to communicate and teach our children when they are displaying undesirable behaviour.  Specifically, little boys. This is a disastrous approach to educating our youth.

The notion that being self-reliant, among other traits, is somehow problematic doesn’t just tug at the seams of society, it downright cuts the fabric.

Traits such as misplaced or uncontrolled aggression, arrogance and a rigid understanding of what defines manhood can translate into a misplaced belief that a man must be dominant, aggressive and devoid of emotion.

I think we can all agree, this doesn’t represent what, in my opinion, masculinity stands for. Is it ok to want to dominate? It sure is, given the correct circumstances and put in the proper context.

Is it ok to be aggressive? You bet! There are situations that demand it. In fact, it is important for your mental health to stay in touch with your primal side.

What about being devoid of emotion? You must be able to control them and realize when and where they are to be appropriately displayed.

Everything requires context. It’s time to stop attempting to label every trait and roll them up as something negative.

In our modern day society, people have worked hard to achieve their personal rights. However, alongside rights comes responsibilities.  A responsibility to fairness, compassion, kindness… to our fellow man.

The answer to the problem is continuing to demand equality for everyone, promoting compassion and kindness and holding each other accountable.  Anything less and it amounts to stealing the desired outcome at a cost that will break down trust and even our society on a larger scale.

Enough with allowing the media to determine an outcome and potentially ruin a life before justice has even begun to take place.

6 thoughts on “Toxic Masculinity – Are men under attack?”