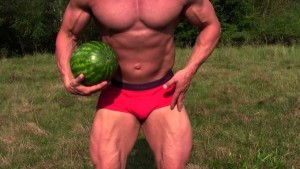 There are a lot of supplements out there claiming to boost workouts, men’s libidos and erections. They make bold statements about how this supplement will totally transform your sex-drive. But how effective are they really?

The truth is that a lot of these supplements make lofty claims without the science to back them up. It’s easy to sell these types of supplements because it preys on vulnerable men.

If you want to make sure you know what you’re taking is going to live up to expectations, then you must understand the science behind the claims.

Know that when it comes to libido, it’s all about enhancing blood flow and boosting testosterone. Look for supplements where studies clearly show that a particular substance boosts one of these factors.

One excellent example is L-Citrulline.

L-Citrulline is one of the many amino acids found in the body. One of its key roles is in waste removal. It helps to detoxify the liver, and also aids in the urea cycle, the process by which animals expel ammonia from the body.

It is produced in the body as a byproduct of nitric oxide from L-arginine, another amino acid. This reaction, as you may know from Arginine’s presence, plays an important role in blood flow, which is where L-Citrulline comes in.

Citrulline is converted into Arginine in the kidneys, producing high levels of it over time. 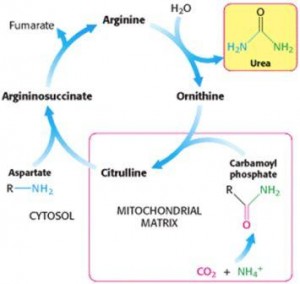 Its supplementation has promising results for both athletes and those who suffer from heart health issues (https://examine.com/supplements/citrulline/).

L-Citrulline is abundant in watermelon. So much so it gets its name from the Latin word Citrullus meaning watermelon.

Why Does It Boost Libido (And Athletic Prowess)?

When it comes to getting turned on and obtaining an erection, it’s all about blood flow. More specifically it is arginine that increases nitric oxide. And to increase levels of L-Arginine, our bodies needed L-Citrulline.

Not only is enhancing blood flow important inside the bedroom, but it is also important in the gym. Boosting nitric oxide helps to increase performance by increasing blood glow which allows the body to shuttle nutrients more efficiently, and reducing lactic acid buildup which allows an athletes threshold to increase.

Citrulline also has other benefits for athletes and fitness enthusiasts. The elevated Arginine levels caused by Citrulline supplementation contribute to muscle synthesis and quicker recovery, the latter of which has to do with the removal of ammonia in the body.

Why L-Citrulline Crushes The Competition

L-Citrulline is a newer name when it comes to the erectile supplements. Not only has it taken a backseat to natural supplements like L-Arginine, but it has been overlooked because PDE-5 inhibiters (e.g. Cialis) are easy for people to get their hands on, so they overlook natural solutions. 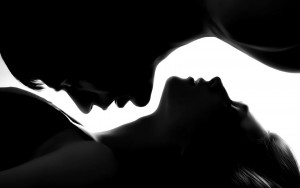 Additionally, these erectile dysfunction pills do not work for all men namely those with endothelial dysfunction. Men who suffer from this already have damaged arteries that the PDE5 inhibitors won’t have as much of an effect. L-Citrulline provides more nitric oxide, which can help men who may have seen pills like Viagra stop working.

As for L-Arginine, the efficacy of it has come into question in some studies. For one, L-Arginine does not stay in the body for a long period of time—that is, enough to provide consistent, long-term results (http://www.ergo-log.com/l-citrulline-can-help-mild-erection-problems.html).

Additionally, it must be taken in daily doses upwards of 5g to see results. This is a significant amount, and one that may have unwanted side effects. For men who had heart disease L-Arginine can be a deadly choice. In a study conducted by NIH men who took L-Arginine after a heart attack the results were overwhelmingly negative (https://www.nlm.nih.gov/medlineplus/druginfo/natural/875.html).

L-Citrulline is much more ‘user-friendly’ at low dosages will produce good results, and studies look quite promising.

A study showed that men who took just 1.5 grams of Citrulline observed harder erections, compared to those who took a placebo. And in a comparison against L-Arginine, Citrulline was the winner (http://www.ncbi.nlm.nih.gov/pmc/articles/PMC2707961/).

How to Consume L-Citrulline

As previously mentioned, the most abundant natural source of L-Citrulline is found in watermelons—more specifically inside the rind. However, eating several servings will provide a generous amount of L-Citrulline, several hundred milligrams roughly.

However, getting your daily dose of watermelon may not be for everyone. And taking a supplement is much easier as well.

In terms of dosing, the highest level recommended for daily consumption is 6-8 grams, though 3 grams is a much safer and more suitable recommendation. 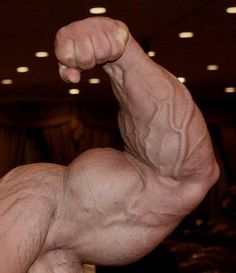 Taken daily, you could split that into two or three doses, one coming before a workout for maximum blood flow. However, you may want to assess your tolerance to L-Citrulline first and therefore just taking 1 to 2 grams may be a good idea at first.

You should also consider talking with a physician to see if you may have any pre-existing conditions that would conflict with this supplement like having had a heart attack. If you experience any side-effects, cut down the dosage or the supplements entirely.

When searching for different supplements you will likely come across Citrulline Malate, or some variation of that name.

The malate is malic acid, and the two have complementary roles when it comes to getting rid of waste in the body like lactic acid. Citrulline Malate is often touted as a pre-workout supplement, which it is, but L-Citrulline is also effective for this purpose.

How You Can Make the Most of L-Citrulline

There are a few ways to take advantage of this powerful amino acid. Consider buying some watermelon, eating large quantities (including the rind) on a consistent basis and observe your erection quality and even the ‘pumps’ during your workouts.

To take it to the next level, get your hands on a high-quality Citrulline supplement. Take it regularly, starting out with a low dose and you’ll no doubt notice some changes in the bedroom, and likely in the gym as well.

3 thoughts on “Does L-Citrulline Increase Testosterone and Sex Drive?”