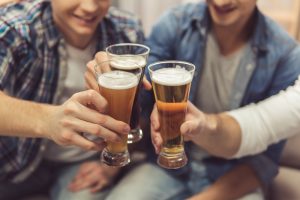 Glutathione might just be the perfect hangover cure. This is something I have been on a quest  for since the first time I woke up in backyard, sleeping on a surf board after night partying with the guys on my rugby club.

By quest I mean nothing short of that which rivalled the quest for the holy grail.

Since that time, there have been many occasions, such as returning from 6 or 7 weeks in the bush with my unit, to my cousins wedding, to… well you name it over the last 28 years of being legal age to consume the spirits.

Having a pint or two can an absolute blessing when you need to unwind from a long work day or week, and a total curse when the effects kick in the next day.

Hangovers have been ruining important events for thousands of years, ever since mankind got the bright ideal to consume too much fermented grape, wheat, potatoes, and grains.

Partied too hard at your bachelor or bachelorette party and need to be presentable at your wedding tomorrow?

Enjoyed your time in Vegas for that business conference a bit too much?

Celebrated with your friends and can now barely stumble into your graduation ceremony?

Whether you have to get back to soldiering, the street or the office, don’t let a hangover ruin important events, hinder your career, or lose you that promotion you worked so hard for.

Today you have just discovered  perfect hangover cure: a dose of glutathione!

Glutathione, which has been called “the Mother of All Antioxidants”, is a peptide composed of three important amino acids: cysteine, glycine, and glutamate.

It’s one of the few antioxidants produced by your body, and it’s present in literally every cell in your body. It serves a broad range of functions:

and so much more…

As you can see, glutathione is a VERY important nutrient. It turns out that, in addition to all these benefits, it’s also one heck of a hangover cure!

The Science Of Hangovers 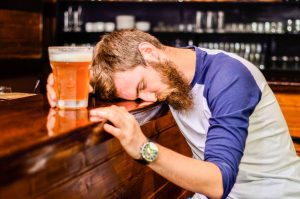 The alcohol itself isn’t actually all that toxic, but it’s acetaldehyde, a byproduct of alcohol consumption, that is the real cause of your hangovers.

It is produced when alcohol is broken down in your liver. Alcohol dehydrogenase is the enzyme responsible for breaking down the alcohol, but it produces acetaldehyde.

Well, your body is prepared for this, and it releases two more chemicals to break down the alcohol byproduct: acetaldehyde dehydrogenase (an enzyme) and glutathione (an antioxidant).

Together, they form a non-toxic substance known as acetate, which is fairly similar in chemical composition to vinegar. This neutralizes the alcohol, preventing it from doing serious damage to your body.

The problem is that sometimes you have more drinks than your body can handle. There is only a limited supply of enzymes and glutathione available in your liver. If you have large quantities of alcohol (the amount is different for each person), the acetaldehyde builds up in your body faster than your liver can break it down.

This allows the toxin to remain in your body for a long time, leading to the toxic effects you’ve come to know as a hangover, including headaches and vomiting.

Note: Women tend to react more strongly to alcohol because they have less glutathione and acetaldehyde dehydrogenase in their bodies. They’re also hit harder by hangovers, because their bodies take longer to neutralize the alcohol.

How Glutathione Can Reduce Hangovers

Remember how your body only has a limited supply of glutathione available to use when you drink? There is enough acetaldehyde dehydrogenase to neutralize the effects, but your cells can only produce so much glutathione at a time.

This is why glutathione supplements make such a great hangover remedy!

One study from Yale University found that hepatic glutathione can speed up the elimination of acetaldehyde, which reduces the strain placed on your liver. After all, remember that acetaldehyde is a toxin, one that stays in your liver until your body can neutralize and eliminate it. During the hours it takes to metabolize the alcohol, it can lead to oxidative stress on your liver. Over the course of YEARS of overdrinking, it can cause liver dysfunction. The antioxidant effects of glutathione help to protect your liver and decrease oxidative stress.

Have you ever noticed that you feel bloated after drinking, or that your liver is even swollen and tender to the touch?

The toxic effects of acetaldehyde can lead to low-grade inflammation in your liver. This is your body’s response to the toxins, and the inflammation is intended to protect the liver from damage.

Glutathione is a potent anti-inflammatory agent, but not in the same way aspirin and other painkillers are. Instead of just treating the inflammation, glutathione eliminates the underlying cause: the toxins that your body is trying to protect itself from.

This ensures your body is more effective at eliminating the toxins, as well as reduces the inflammation caused by the acetaldehyde.

As you can see, glutathione can help to reduce the negative effects of alcohol, as well as speed up your body’s ability to eliminate the acetaldehyde that is the byproduct of alcohol consumption.

The Problem with Glutathione Supplements 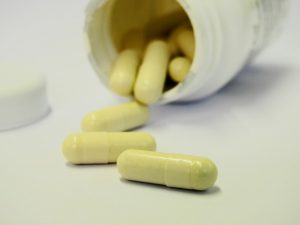 Here we go… just when you thought your hangovers are gone forever… not so fast.

Glutathione supplements, while they do provide a hefty dose of this vital antioxidant, are not as effective at raising glutathione levels as you might think.

It’s difficult to manufacture a bioavailable form of glutathione that your body can break down.

Many glutathione supplements will be an unnecessary expense, as the glutathione they provide won’t be absorbed into your liver.

This is do in large part to the way they are digested and absorbed as  result of their method of delivery into your body.

Well my headache hating friend, they have.

My friends at Purathrive have gotten together with Thomas Delauer and created Korfactor which uses liposomal delivery which enhances your bodies ability to absorb this vital anti-oxidant.

Think of the nutrients as soldiers and the liposomal delivery mechanism as an army tank. The tank wanders down your digestive system protecting the soldiers inside until it makes it to your cells.

Once at your cells the tank unloads the precious cargo safely so it can do the job of protecting your system. 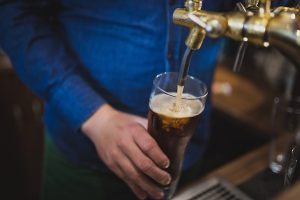 In the interest of not getting a message from my mom telling me I shouldn’t write about things that might make people drink, I must include this public service announcement.

Just because you have access to glutathione supplements, that doesn’t absolve you of the need to drink responsibly. Glutathione can help to decrease the negative effects of alcohol, but it isn’t a magic bullet that allows you to drink excessively without repercussions. It will minimize the hangover risk, yet you still need to do your part to drink responsibly.

What does that mean?

Know your limit, and stick to it! Only have as many drinks as you know your body can handle.

Stick to one (maximum two) drink per hour. This gives your body enough time to break down the alcohol and produce enough glutathione to keep up with the alcohol toxins.

Sip your drink. Don’t chug your beer or knock back shots. Enjoy the quality of your alcohol rather than going for quantity.

Drink plenty of water between drinks.

And, of course, most important of all, take your glutathione supplement before you get drinking. This way, your body will have plenty of antioxidants available, providing it everything needed to reduce the negative effects of the alcohol.

Note: In addition to glutathione supplements, try boosting your levels of this antioxidant via sulfur-rich vegetables (garlic, Brussel sprouts, and onions), nondenatured whey protein, healthy amounts of physical activity, alpha lipoic acid supplements, and curcumin (found in turmeric). All of these things will naturally increase your body’s ability to produce glutathione on its own.

YouTube Videos
How To Do Travel Workout
Recent Blog Posts 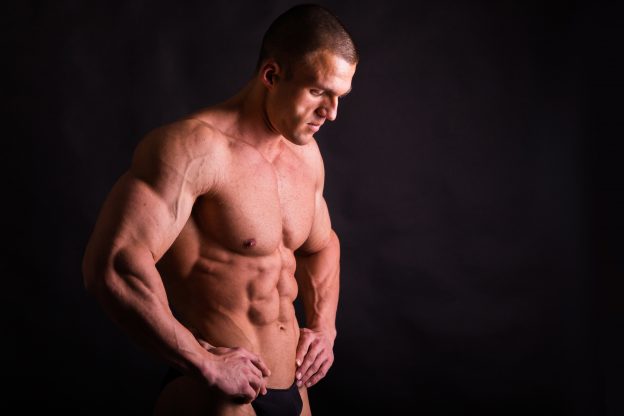