Whether you believe leaders are born or leaders are made, the evolution of a leader happens in a very systematic way.

There is a fascinating and appropriate quote by Joe Polish, the creator of the Genius Network, which states:

Now you may be in a foundational stage of developing your leadership skills and style,  or the emerging stage or you could already be at the executing stage where you are both creating the vision and developing other leaders.

When you understand the evolution of a leader and possess the awareness of the components that contribute to the maturation and growth of someone who is indeed a leader, then you can adequately leverage essential points in the journey to maximize their development.

My observations in the development of leaders are that there is a very different approach in the public and private sector. Some factors underpin the reasons for different trajectories of leadership development primarily due to the accountability and systems in place.

Another reason is the public sector is nowhere near as efficient at leadership development than the private sector and often take the path of least resistance, which can ultimately crush morale for years at a time.

What Are The Stages Of The Evolution Of A Leader

We can divide the evolution of a leader relatively easily across a skill set and age group. As with anything, there are exceptions to the rule. 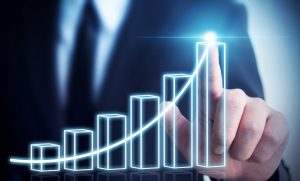 While some may encounter and be thrust into leadership roles before they should be, others will be stifled and not developed soon enough. Why this continues to take place can depend on the complexity of an organization, an inability to quickly or easily access resources, egos, and other contributing factors.

Dividing the characteristics of a leader within an age range coincides nicely with exposure to a variety of experiences and other formative events, often referred to as “crucible” events. These events can be the kind of occurrence that can be extraordinarily transformative if handled correctly.

In this range, we see foundational development generally, and as the progression through age increases, there is a more formative leadership style which begins to emerge.

Values begin to be formed, and although there is typically a lack of awareness at this early stage, they start to stabilize and define an individuals character.

Fundamental competencies are developed, and experiences begin to shape decision making. During this period there is limited exposure to mentors who can create extremely formidable memories and alter the course of someone’s life.

This mentor would be a person who impacts you profoundly at a young age and can change your path and create an awareness of your skill set you might not know you had. For me, this was a police officer. A few simple conversations would change the trajectory of my life.

During this period we see the emergence of practical leadership where Identity is formed, and the vision for one’s self is defined.  There becomes a clear sense of purpose.

Perhaps one of the most gratifying and beautiful processes that take place is a development of self-awareness.  The realization of impact, both internally and externally.

I recall the actualization of this period in my own life around the age of 33. Until that point, I had merely moved through life unaware of the real impact anything was having on me or how my existence and decisions would impact others.

It was at this time I became able to begin to practice leadership and build success stories which are an essential piece of becoming competent.

Once this process is underway, you begin to understand the nuances of competition. You become aware that the only real and necessary competition is with yourself. It no longer matters what others think providing you have aligned your value system in a way which is consistent with the group or organization you are beginning to lead.

Goals and aspirations become well identified and are continuously refined through more experience and feedback loops such as peer response and input from mentors.

Crucible events or moments occur at this stage as well as the next.  Pivotal moments can either be leveraged in a way that continues growth, or they can severely retard development. 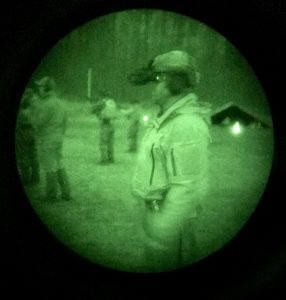 Crucibles can be constructed for the purpose of development or they may come in the form of a trial by fire.  For example, you may choose to do an event with my team which takes place over a 4 day period designed to push your physical and mental limits, or a crucible may come when you least expect it.

Within 30 days of taking over as the team leader, my team had a call of a lone gunman firing a rifle off in his apartment and out a window. A critical incident such as this will tell you pretty quickly if you are ready to step into a leadership role, at least operationally. There’s a lot more to leadership than just the operational component. There were many more events such as this over my time in that role.

This point in leadership is twofold in my opinion.

In addition to developing an organizational vision, you also have a responsibility to be a teacher and mentor to emerging leaders.

If you are only developing one level below you, my friend you are doing a great disservice to your organization or team.

Once you begin executing in a leadership role, your sense of what this position is for yourself and what is expected of upcoming leaders should be apparent. 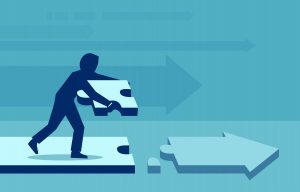 Here’s an example of why it is crucial to have multi-layered development. When I began as the team leader, it became clear that our process for developing future team leaders was limited to the 2 i/c ( Second In Command).  At the time I took over, I had only conducted six operations on my own, and the next team member in line to be my 2i/c had conducted zero operations.

This posed a severe problem if something should happen to me either during an operation or some other catastrophic event.

I believed my primary role became to ensure the competency development should be four layers deep. At that point I let my new 2i/c do as many operations as possible while I worked on developing two individuals who would potentially fill that role when he took over as the team leader.

This was new thinking, and it enabled the development of competencies and decision-making skills on a higher level.  This knowledge transfer ensured a sustainable leadership element in the team for the next ten years.  A side benefit was the bond existing members built with my 2i/c regarding his competencies. When his time to fill the role arrived, there would be no question from team members as to his ability.

I prepared this article to highlight the fact that leadership is developed slowly over some years. If you are currently in the role of executing leadership, it is vitally important that you develop plans in consultation with your team members that will follow them on their journey with the aim of producing a leader who is competent, value-driven and possesses the skills to transfer knowledge to others.

Developing leaders is not a linear process as this might suggest. I have said it before and will repeat it here: The battlespace is 360 degrees.

People will be at different points at different times. Your role then is to have the personal tools to assess and identify where they fall on the spectrum and develop them accordingly.

This means meeting people where they are at. A pure linear approach may stifle someone who has advanced beyond where they are being inserted into the development framework. As a teacher of others, tasked with building the next era of leaders, you must have the skills and tools to transfer the knowledge to the right person at the right time.  It is an integrated approach to leadership development.

As you can see, the process of understanding leadership and developing leaders is no small undertaking. It requires you to get engaged and be the leader you are capable of being to ensure a sustainable vision for development and growth.  It is individuals such as this who STAND APART.