To earn respect is to have awareness into the person you are, who you want to become and the actions you must take to follow your path.

Lately, it seems guys are cowering under social pressure and are finding it difficult to stand up for themselves in the face of negative attention driven by sensationalist media.

Every day I read comments written by men whose confidence is at an all-time low, or they are afraid to take a stand in the face of treatment that is despicable.  Some men no longer feel confident to take a risk and get uncomfortable.

It seems like it is almost a crime to be a man in the year 2018. To be fair, aside from the radical fundamentalist’s opinion everything wrong with the world is men’s fault, we as men, do bear some of the responsibility. We are not showing up the way we should be.

Which is why it has become so important to understand that we must both give and earn respect.  It’s a two-way street. 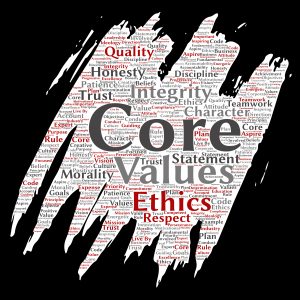 However, the pursuit of respect can also manifest itself in detrimental ways, it can lead to greed, hostility and pride. I have witnessed and been exposed to the power-thirsty who use respect as a means to inflate their ego at the cost of others, triggering a vicious cycle of demanding attention and forcing ideas and standards on others, even though more often than not the ideals are subjective rather than ethical. This type of person can be seen leveraging positional authority to demand respect rather than through a leadership style or personality that would earn respect.

Demanding respect is contrasted by the humble who see respect as recognition of their efforts. As men, the standards we place upon ourselves should be inspiring to those around us. The issue with respect then is not in being respected, but instead how you gain respect and how you command it.

We have all experienced a boss or colleague who, although giving logical direction, demand action based not on said logic but the satisfaction of their ego, forcing their will upon others because of their status. Excessive ego is not a trait belonging only to men but is instead a human quality and an undesirable one at that.

Those who desperately struggle to earn respect in a manner void of humanity and anchored in ego will forever struggle. If you are this type of individual, you likely understand your peers generally have no desire to interact with interpersonally because it would be forced.  These managers forcefully demand the respect of their peers. Personally, I’m unable to engage with this type of individual on an interpersonal level as the motivating factor behind my willingness to work for them is a result of force rather than respect.

To earn respect in a way that will inspire and elicit a positive reaction from those around you, there are some basic tenets you can employ.

How To Earn Respect

Earning respect is synonymous with developing your leadership skills and your strength of character. When you learn this skill by applying these tactics, you will be happy by how vastly your life improves. Your contributions to those around you become more meaningful and rewarding. Do the work each day for a lifetime of rewards.

2 thoughts on “How To Earn Respect”