Protect yourself. Mothers and Fathers I want you to share this with your sons and daughters, friends and colleagues. This post is an important one because I believe it can help people who are being victimized. 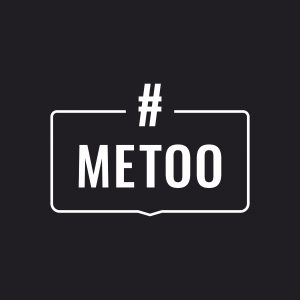 The mere fact there is a #metoo movement is profoundly disappointing. Let me explain.

When we created the Alpha Nation project we did so with the intention of working tirelessly to provide men with the skills and training to Lead, Nurture and Protect.

We most certainly train women too, however, the focus is generally on men.

What’s happening in the world today with respect to men using their positions as a means of leverage to elicit sexual favors or in some cases engaging in criminal behavior, is a disgusting commentary on how these men both view women and themselves.

I come at this from a unique point of view having participated as part of a team investigating some very disturbing criminal cases of sexual assault, domestic violence ranging from assaults to homicides, criminal harassment, stalking and cases which resulted in  fear of injury protection orders which are essentially a recognizance similar to a civil peace bond or what is commonly referred to as a restraining order.

In addition, I have observed inappropriate workplace commentary, among other things,  by both men and women alike, and even been the subject of some of the type of comments that objectively speaking, would not be tolerated today.

Finally, I have had the pleasure of raising two daughters to be strong independent women who are very clear on their boundaries. They are clear on what is right and what is wrong according to their own values and those of the communities in which they are members.

Listen, I want to tackle what might be a controversial topic amidst the troubling announcements which seem to be happening almost daily, but in a way that anchors the truth of the matter to reality… not some dude’s twisted imagination (of which I have peered into through different investigations… and these guys are not pretty).

At the end of this article, I will also lay out some strategies, based on having participated in and observed interviews of various suspects, so that you may recognize situations and either intervene or if you are the subject of the behavior, to extract yourself so that you can protect yourself.

To be clear, these are gender neutral strategies because the truth of the matter is this kind of behavior happens to both sexes and all ranges of sexual orientation, albeit statistically far less to men (which is also a commentary on under-reporting by men in general).  Again this is not to minimize what is going on with women being subjected to inappropriate or even criminal conduct, but rather to be a positive and supportive voice in the conversation.

The current environment has men running scared, wondering how they will ever attract a mate. Fortunately, science still carries the day to some degree.

Men who are deemed “attractive” by women, all possess similar traits. This is simple science… and no it doesn’t necessarily revolve around a man’s perceived ability to procreate, as clearly men are no longer a required part of the equation.

What makes a man’s body attractive? (the word body is an important distinction which I will address in a moment). Let’s examine recent research from Griffith University.

Dr. Aaron Sell from the School of Criminology and Criminal Justice said cues of upper body strength make a man attractive, including having wider shoulders, being physically fit and having greater handgrip strength.

“Evolutionary psychologists have shown that women‘s mate choices use many cues of men’s genetic quality and ability to invest resources in the woman and her offspring,” he said.

“Among our ancestors, one variable that predicted both a man’s genetic quality and his ability to invest was the man’s formidability. Therefore, modern women should still have mate choice mechanisms that respond to cues of a man’s fighting ability.

“One crucial component of a man’s ability to fight was his upper body strength.” 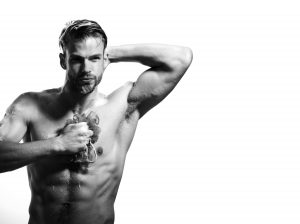 In the study, the researchers tested how important physical strength is to men’s bodily attractiveness by showing women pictures of men’s bodies and asking them how attractive they were.

The results showed that it was possible to almost perfectly predict how attractive a man’s body is from three things: how physically strong he looks, how tall he is, and how lean he is.

The effect of strength was so large that none of the 150 women in the study preferred weak men.

Furthermore, looking strong was much more important for man’s attractiveness than being tall or lean.

“The rated strength of a male body accounts for a full 70 percent of the variance in attractiveness,” Dr. Sell said.

“The effect of height and weight on attractiveness may indicate that women are responding to cues of health or to the benefits that height and lean bodies have in protracted aggression, hunting and other aspects of fighting ability.”

Dr. Sell said while the women in their study preferred the strongest bodies, there was a sizeable dataset across many cultures that showed women did not always prefer the strongest looking faces.The study was published in Proceedings of the Royal Society B today.

Now, what I think is critical to point out here is the fact that this is simply one component of developing yourself in a way that is attractive to women.

If I was to write this article in a manner that suggested such decidedly linear approach to personal development and how you attract a mate, I would be doing you and the rest of civilization a grave injustice in my opinion.  There is so much more.

Getting back to the #metoo movement and how it relates to what I am writing here. Your role, man or woman,  is to ensure situations that lead to the need for a movement like this don’t happen, and if they do, to intervene in a meaningful way.

I recall a new Sgt. on my team coming to talk with me about a situation which occurred on his shift.  While walking upstairs to a call, a very senior male officer, close to retirement, reached out and poked a female officer’s butt cheek ever so slightly. (I’m not trying to minimize this occurrence but rather I am intimating how it was explained to me).

Given the personalities involved, there was a short verbal exchange and the matter was concluded. I explained to my team member that he should go one step further to ensure that the female member in question felt certain she would never have to endure that kind of behavior in the workplace again and take whatever steps were necessary.  The senior member retired not too long after.

I use this brief example to illustrate what I believe the role of strong men should be.

Focus on your health, develop your body and your skills…and perhaps you will attract a mate or become more attractive to your current mate.

But that is only a portion of the equation. You must also develop your ability to have compassion, your sense of humor… your strength of character.  Demonstrate values which elevate people around you and inspire them to be better.

When you do see something or know of someone abusing their position,  do not let it stand, regardless of how innocent it may seem.

No woman wants to date a muscle-bound thug because of the way he looks but who lacks any redeeming qualities. While it may be an initial attraction, the likelihood of success of the relationship developing further, in most cases, is almost zero.

Now whether you are a man reading this or a woman it makes no difference.

This next section is aimed at providing insight and recognizing situations that could potentially put you or someone you know at risk and protective measures you or they can take.

Listen, this doesn’t mean we should all be running scared or suddenly afraid to talk to someone with the hope of attracting a mate. It certainly doesn’t mean you cannot be friendly in the workplace. The fact is, in today’s environment you must be professional both at and away from the office.

Spending time developing yourself to be a complete person and standing up for what is right whether at work our your community, is what being an Alpha means.  Do not think for a moment the term Alpha is gender specific… it is not. There are just as many women leading the Alpha Life as there are men.

It is your responsibility to support the groundbreakers who might otherwise be marginalized by a dying culture clinging to power and to old ways and beliefs that are no longer relevant or acceptable.

Develop your skills to Lead, Nurture and Protect. Your role is to elevate those around you.

That is how you Stand Apart.

Here is More information on the study: Aaron Sell et al. Cues of upper body strength account for most of the variance in men’s bodily attractiveness, Proceedings of the Royal Society B: Biological Sciences (2017). DOI: 10.1098/rspb.2017.1819