Many people tend to want to get involved in the lives of their staff or co-workers.

After all, it’s that emotional investment in their wellbeing that binds them to you and makes them feel you care, right?

When you are emotionally invested in your followers, you care about their wellbeing, their mental state, and their future on your team. In this sense, it’s absolutely critical for you to be invested in them—it’s what makes them feel valued.

However, as a leader, you also need to develop a certain sense of emotional detachment. Not from your followers, but from the emotions that swirl around them and your workplace.

Emotional detachment is not an apathy or indifference toward your followers themselves. It is, 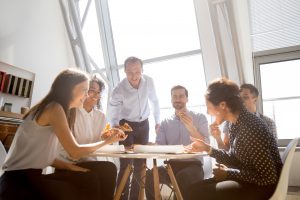 however, an ability to separate yourself from the worries, fears, and the negative emotions they experience. And not only their worries and fears, but yours as well!

If you wallowed in those negative emotions, you’d feel  that negativity all the time. Work would become so much harder because you’re trying to combat not only your own negative emotions, but those of your teammates and followers as well.

The secret to effective leadership is to be able to detach from all of the emotions raging around you so you can focus on what needs to be done.

You may think, “That’s easier said than done! It takes a really cold person to disconnect from very emotional situations and people.”

You’re right in that it’s easier said than done, but it has nothing to do with coldness or apathy. Instead, it’s an ability to stay clear-headed, focused on the task at hand, balanced, and separated from the negative emotions.

Leaders with real inner strength and stability are able to stay connected with their people yet disconnected from the negative emotions around them. It comes as a result of self-control, self-discipline, and mental focus. You have a sense of peace and inner calm that will keep you balanced even through the most difficult times.

Here are some ways you can develop emotional detachment and still be a great leader invested in their followers:

Increase your self-awareness. Instead of being reactionary, focus on being aware of what you’re feeling and thinking. Take time every day to pay attention to your state of mind, the 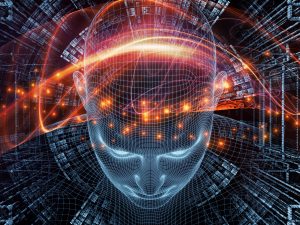 emotions brewing within you, and the balance between positivity and negativity. You don’t have to do anything to change those feelings, but simply become more aware of them. The more aware you are, the easier it will ultimately be to control your emotions.

Use a mantra. Mantras can serve as a reminder to stay calm and focused even in the most emotionally intense situations.

Come up with a simple mantra that is easy to remember and repeat. Try something like “I am calm, I am grounded, I am in control of my thoughts and feelings.” Simple and easy to remember, but it can be something to cling to when you’re having a rough day or the negative emotions are swirling around you. A regular self-reminder can be a great way to remain in control of yourself during even the most trying times.

Control your reactions. You may not yet be in control of the way you think or feel, but you can start taking steps to control the way your emotions and words respond. Every time you feel like saying something or responding to some negative emotion or energy, control yourself, wait a few seconds, and make sure that what you say is exactly what you want to say.

Don’t let your emotions cause you to lash out in anger or frustration, but practice controlling your reactions. Over time, you’ll find it becomes easier and easier to separate your emotions from what comes out of your mouth. You will have control of what you say, and that is an excellent form of emotional detachment!

Don’t take it personally. This is one of the hardest things to do! There will so many times when someone says something deliberately to anger or irritate you, and it immediately rubs you the wrong way. There’s a huge temptation to take what was said personally, but doing so only gives in to the negative emotions.

Instead, use your practiced self-awareness to realize that the negative emotion you’re feeling isn’t wrong—it’s just not something you want to give power to. Take a moment to repeat your mantra in your mind, calm your thoughts and emotions, then give a measured response that is controlled and detached from your emotions.

The truth is that it’s usually not about you or something you’ve done or said; you’re simply the most convenient target for someone to unleash their negative emotions.

Practice detachment. It’s difficult, but practicing emotional detachment is vital for developing the ability to disconnect yourself from strong feelings. How do you practice it?

These are just a few ideas—the point is that you force yourself into a position where you are feeling lots of negative emotions. Chiefly, irritation, frustration, and maybe even anger at something you love being disturbed or taken away.

Now that you’re feeling those emotions, practice disconnecting yourself from them. Focus on the next activity you’re doing even if you can’t finish the movie or TV show you wanted to watch, and work until you’re actually happy doing this new task. Enjoy the new meal, even if it’s not your favorite.

The point is to recognize the emotions, control them, and ultimately detach from them so you can focus on the positive emotions. Do that, and you’ll be far more effective as a leader and boss!

4 thoughts on “Emotional Detachment is critical for success… or is it?”