If you don’t understand how to apologize, you may never reach your full potential as a leader.

Every leader, no matter how good, is bound to make mistakes.

Mistakes are just a part of life—they’re how we learn and grow, and the way we discover the things we need to avoid as well as smarter means of operation. Perfection doesn’t teach us half as effectively as mistakes do, which is why leaders should learn to embrace failure and mistakes as a learning opportunity.

But, once the mistakes are made, leaders also need to own up to their shortcomings. In some cases, this will require an apology. Perhaps not only to the people on your team, but your company and organization at large, maybe even your customers or loyal followers.

Many leaders try to avoid apologies, believing they make a leader appear weak. But a genuine, heartfelt apology can be surprisingly effective. Everyone is human and prone to making mistakes, but a well-crafted, sincere apology will show the better part of your humanity.

Leaders that refuse to apologize are essentially putting their ego and pride over their relationship with teammates, organization, and customers. Leaders that apologize prove that they are willing to be humble if it means that they can repair the damage done by their actions or inaction.

For you leaders, here is a simple step-by-step guide to crafting those apologies that are genuine, heartfelt, and guaranteed to get the best results with the people to whom you are apologizing:

Step 1: Allow Yourself to be Vulnerable

This is very possibly the hardest thing for not only leaders, but most human beings to do!

Vulnerability is often perceived as weakness; opening yourself up to being hurt, criticized, or affected by others. But if you don’t allow yourself—or even force yourself—to be vulnerable, you’re never going to connect with people. And after your mistake, you need that emotional connection to make sure that people identify with you on an emotional level.

So though it goes against your natural instincts, prepare yourself to be vulnerable. Go against the voice in your head that tells you to harden your mental defenses or protect your heart. Instead, open yourself up to the emotions of the people to whom you are addressing. Be willing to see their side of the matter, to feel the way they feel. And to accept their responses for what they are: the response of someone who has been hurt, offended, mistreated, or disappointed.

Step 2: Speak Honestly About Your Mistakes

Listen, if you do something wrong it does not hurt to admit it. In fact, it likely increases your credibility.

I recall doing an entry with my team and completely clearing a drug house. On secondary we came across a door which lead to a room that had not been cleared. It was my fault and I potentially put the team at risk. It was halloween and the door had yellow tape across it that said do not enter, and somehow on entry my brain did not process it properly. I had to own it!

Even more recently while flying the Instructor was watching from another helicopter and noted my route into the landing area was with a tailwind, which is a no no. Back at the hangar he asked me if I chose that route to challenge myself or had I not considered the wind direction. I could have tried to look cool, but the truth was, I had completely forgotten to consider the wind and I let him know just that. It’s a good opportunity to learn and demonstrates your strength of character. 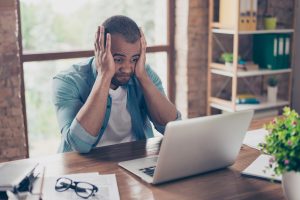 There is no need to equivocate, or try to downplay your actions, or shift the blame to someone else. You certainly don’t need to fall on your sword or play the martyr, but you should always be straightforward and direct with your apologies. Tell it like it is, and people will respect you a lot more for it.

Admitting your mistake or failure is the first step in a proper apology; it opens the door to honest discourse, and it shows people that you are willing to bite down on your ego if it means you can repair the relationship that has been damaged. It’s the opening act of your apology, and the most important one.

Step 3: Admit You Don’t Have the Answers and Ask for Input

No matter what you’re apologizing for, you need to understand that you have a lot to learn—and people need to see that you understand it!

After you’ve admitted your mistakes honestly, follow it up with an admission that you’re still learning, growing, and improving. By admitting that you don’t know everything, you allow for vulnerability, and that is what people connect with on a deep, emotional level.

Next, ask for input from the people you are apologizing to. That input could include everything from advice on how to do better to feedback on their feelings on the subject. This is a critical part of being vulnerable—you’re not only being honest with your mistakes and accepting that you have limitations, but you prove that you want to improve by hearing what others have to say.

Step 4: Listen to the Responses

After you’ve admitted your mistakes and asked for input, the best thing you can do is actually listen to the input you receive. Not so you can defend yourself or give an answer or justification, but so that you can learn and grow from the advice of others.

An apology is only effective if it precedes growth or change. If you make a show of apologizing and nothing changes, people will write it off as nothing more than surface-deep talk that lacked sincerity. But once they see you trying to make changes, that’s when they understand that you really did mean the apology.

So listen to what people have to say. Find out how you can do better in the future, how you can avoid the same mistakes, or how to improve the situation so people walk away feeling better about how things turned out. Really listen and take to heart the feedback you get. Then, put that input into action!

People need to understand that they are what matter most to you—whether they’re the customer that received defective products, the team you failed, or the organization that ended up taking the hit because of your mistakes. Beneath the labels of “team”, “customer”, and “organization”, you’re dealing with individuals, people with whom you have some form of relationship.

Leaders that refuse to apologize prove that their ego is more important than that relationship, but an apology goes a long way toward making it clear that the relationship matters more.

So emphasize that in your apology! Make sure that the people to whom you are apologizing know that they matter more to you than your ego or your desire to save face. People need to feel valued, and a sincere apology is the best way to ensure that you value their thoughts, feelings, and opinions enough to own up to your mistakes.